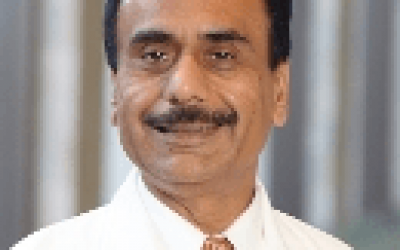 Dr. Ashutosh Tewari is a world-renowned urologist and prostate cancer specialist and is a Chairman at Milton and Carroll Petrie Department of Urology at the Icahn School of Medicine at Mount Sinai.

Dr. Tewari had received his medical degrees at GSVM Medical College (Kanpur, India). During medical school he was awarded 17 Gold Medals for outstanding performance on university exams. Dr. Tewari completed his first urology residency at Sanjay Gandhi Post Graduate Institute of Medical Sciences (Lucknow, India). He completed fellowships in urologic-oncology at University of California, San Francisco and the University of Florida (Gainesville, FL). In 2004, he completed his second urology residency at Henry Ford Hospital (Detroit, Michigan). While at Henry Ford, Dr. Tewari was part of the team that performed the first robotic radical prostatectomy in the United States.

To date, he has performed over 5,000 robotic radical prostatectomy surgeries. In 2012, he was awarded the American Urological Association’s Gold Cystoscope Award. This honor is given annually to the urologist who has contributed significantly to the field within 10 years of completing residency. Dr. Tewari holds several leadership positions domestically and internationally. Dr. Tewari is the recipient of three major NIH Federal Research Awards.

Dr. Tewari’s case series is one of the largest in the world and his outcomes are considered the gold standard for this procedure. Dr. Tewari’s clinical expertise in prostate cancer includes targeted biopsies, cystoscopies, robotic prostatectomies, as well as the management of active surveillance prostate cancer patients. He has also initiated clinical protocols investigating the utility of focal therapy platforms for the treatment of prostate cancer. Dr. Tewari has been consecutively listed in New York Magazine’s Top Doctors issue since 2006.

As a researcher, Dr. Tewari has authored over 250 peer-reviewed articles, book chapters, and textbooks on prostate cancer and robotic surgery. This includes several high-impact articles in Nature, Cell, and PNAS.