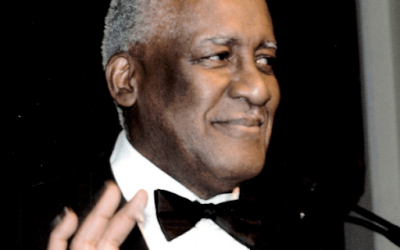 Dr. Lloyd B. Greig is an obstetrician-gynecologist in Los Angeles, California and is affiliated with Cedars-Sinai Medical Center. He received his medical degree from Meharry Medical College and has been in practice for more than 52 years. He joined Cedars Sinai Medical Group in 2000 where he currently practices today.

Dr. Greig is a founding member of United Support of Artists for Africa (USA for Africa) and currently serves as Chairman of the board.  Throughout his career he has donated his time to various charities aligned with his profession and personal passions.  He has served on the Board of Directors of Cedars Sinai Health Associates as well as the Board of the Lamaze Organization.  He has been a member of the Board of Overseers for the Tufts University School of Nutrition and the Advisory Committee for California Health Policy and the National Nutrition Cognitive Action Committee.

Dr. Greig has been honored with the Presidential Citation from the 42nd President of the United States for his highly valued assistance with the Clinton Health Plan.  He was the recipient of The Presidents International Humanitarian Award from the Los Angeles Chapter of the NAACP and a special award from the Tigray Development Association of Ethiopia for assistance during the famine of 1985.  He was also recognized by the Shelter Partnership in Los Angeles for work with the homeless.

Dr. Greig was named Physician of the year by the March of Dimes Foundation and was awarded thru Lifetime Teaching Award by the resident Physicians at Cedars Sinai Medical Center.  He was also awarded the Service Excellence award by the Health Network Foundation.